This church is located in the City of London and dedicated to St. Vedast, a French saint whose cult arrived in England through contacts with Augustinian clergy. Foster is the Anglicisation of the name ‘Vaast’, as the saint is known on the continent.

The church was founded in 1308 and was later repaired in 1662. It survived the Great Fire of 1666, but required substantial reconstruction through the office of Sir Christopher Wren 1695-1701. The three tier Baroque spire was added in 1709-12 and is possibly by Nicholas Hawksmoor.

The church was gutted by firebombs during the Blitz in WW2. It was restored between 1953-63 by Stephen Dykes-Bower. He re-ordered the interior in a collegiate style with seating down each side. 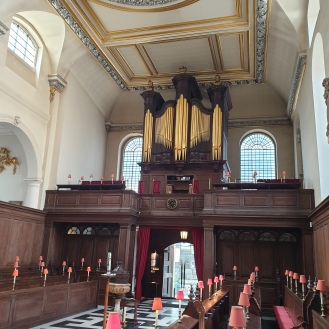 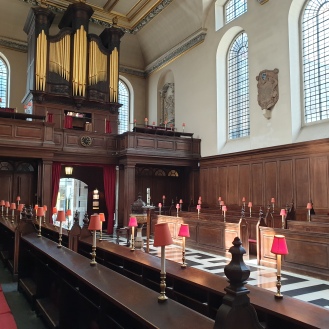 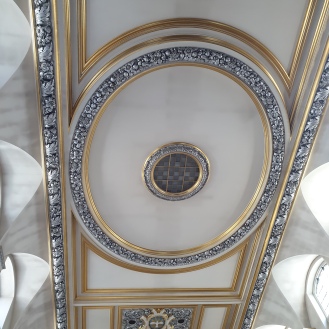 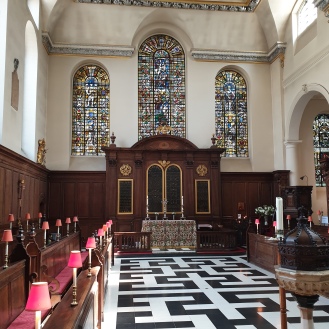