This cathedral, also known as the ‘High Kirk of Glasgow’, St. Kentigern’s or St. Mungo’s Cathedral is the oldest cathedral in Scotland and also the oldest building in Glasgow. The congregation is part of the established Church of Scotland and the building is maintained by Scottish Heritage on behalf of the Scottish Government.

The site of the cathedral is thought to be where St. Kentigern was buried in 612. Kentigern was bishop of a diocese the corresponded with the Kingdom of Strathclyde. Building of the cathedral was begun sometime after Bishop John was appointed around 1118. It was dedicated on 7th July, 1136 however none of this building survives. Bishop Jocelin began to enlarge the cathedral and it was completed in 1197. The cathedral in the form we know today was commissioned by Bishop Bondington around 1240.

Following the completion of Bishop Bondington’s cathedral, there was no further building work undertaken apart from that needed due to structural failure or due to liturgical changes. The central tower and spire were rebuilt following a lightening strike in 1406. 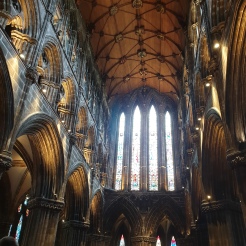 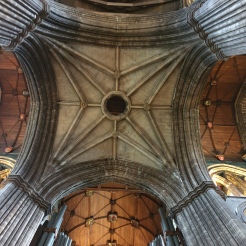 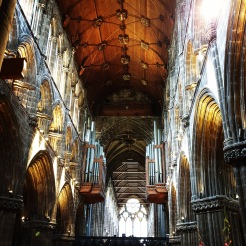 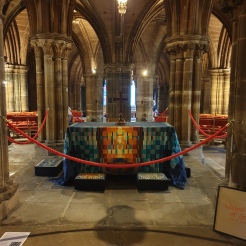