This temple, located on Robson Heights in Kuala Lumpur is dedicated to the Chinese sea goddess, Mazu. Thean Hou which translated means Queen/Empress of Heaven was an official title conferred on Mazu in 1683. It is customary never to pray to her using that title during emergencies since it is believed that on hearing them, Mazu would feel duty bound to groom herself and dress herself properly as befitting her status before receiving the petition. Prayers invoking her as Mazu, are thought to be answered more quickly.

Construction of the Thean Hou Temple was begun in 1981 and was completed in 1987. It was officially opened two years later. It was built by Hainanese living in Malaysia and the property belongs to and is run by the Selangor and Federal Territory Hainan Association. It is one of the largest temples in South East Asia. 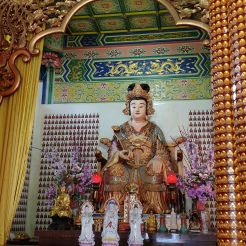 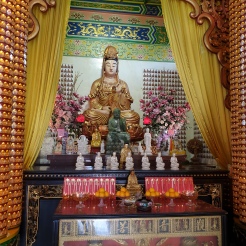 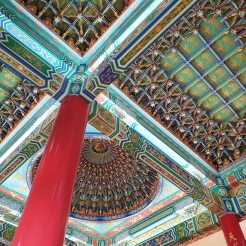 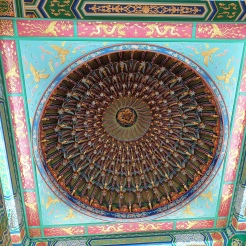